We love new toys, and i think this is universal for all photographers, so I’m sure you can share our excitement when we received our two brand new, highly anticipated Sony a7Rii’s on the day of release, along with our two new Metabone’s Canon EF Lens to Sony E Mount T Smart Adapter (Mark IV) running the latest version of firmware 0.41.

We had our day planned out, we were to spend the day shooting video and photo’s in the city, followed by an afternoon in the studio and top off the day a night shoot to test out the high ISO under a blanket of stars.

Unfortunately for us it wasn’t quite that simple. We attached our Metabones and quickly threw on our Canon lenses, eager to see just how fast the auto focus really was, but to our dismay neither of the Metabones worked. We tried an array of lenses that were on the supported list, and some that weren’t, but with every lens we kept hitting the same problem. We had no control over our iris (it kept reading as f- -, and our auto focus was non existent).

Convinced it was just an option error we headed back to the studio early to google, play with settings and get to the bottom of the problem. Everything we read online said it was as simple as plug and play, and there were already people from around the world posting photos from their exact same set up, so why wasn’t our’s working?

After contacting Metabones we were told that they were still writing the firmware for the camera and that we should wait patiently.

In the meantime we tried the adapters with other cameras (Sony a7s) and they worked fine, by this time we were starting to get a little worried about our $800 adapter investment, so we contacted the seller and got two brand new shiny adapters sent over to us in record time (Thank you b&h, always great customer service). Our adapters came, but now we were left even more confused about what was happening, out of the two new adapters only one worked with our a7Rii’s, for those keeping score thats 3 that don’t work and 1 that does.

It’s now been over a month since we received the new cameras, and as we currently stand we still only have one working adapter (and even that is temperamental, sometimes it stops working and other times it just hunts for focus).

By now our initial excitement is fading fast, and we’re still waiting on a fabled update from Metabones that may or may not fix the problem, whilst we watch other people play and use their cameras perfectly fine. Just be cautious when buying adapters. When they work, they’re great, but sometimes it’s not just as simple as plug and play.

We’d love to hear from any other people who’ve had similar experiences, and if/ how you solved the problem.

This error message is only visible to WordPress admins 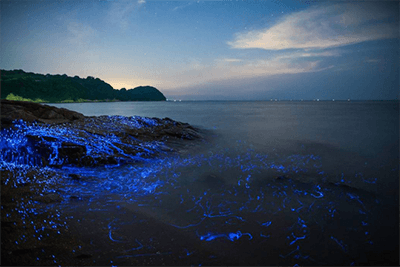 How to: Sea Fireflies

I’m sure many of you have seen some of of our firefly shots in the past but over the past couple of years we’ve also been playing around with Bioluminescent sea firefly shots. Photographed in a similar way to the fireflies you find in the forest shots but with a completely different feel. 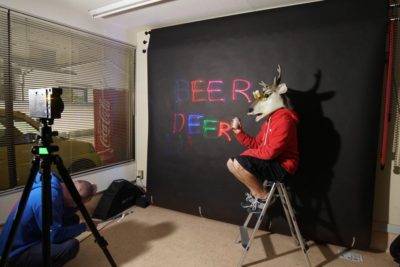 So Lomography Japan recently contacted us about testing out the yet-to-be released LOMO Instant Wide camera system with some long exposure light painting. Working with instant film for light painting sounded incredibly fun so we jumped at the chance. 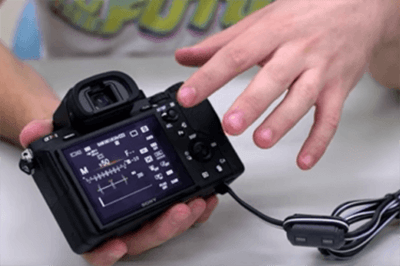 The batteries that come with the Sony A7 series’ cameras have gotten a reputation for a short battery life. The size is small and they are advertised as getting 250 per charge. Of course, how many shots you actually get heavily depends on how you use it.